How a Thriving Network Of Latina Entrepreneurs, Uses A Business Matchmaking Platform For Networking And Mentoring 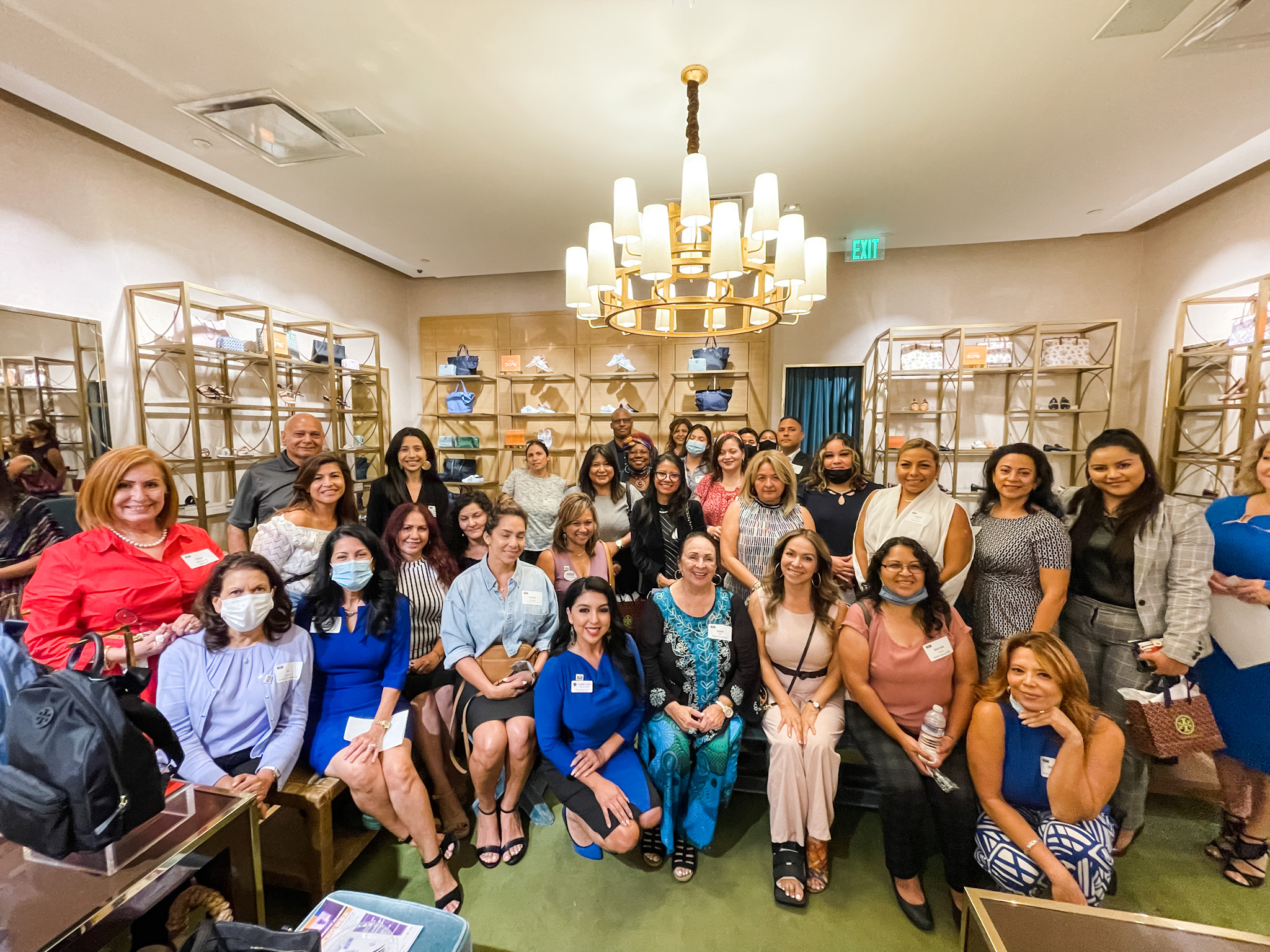 “We believe that by impacting the Latina business Community by impacting women of color we will impact economic growth, a very steady growth here in the Inland Empire, California“ - Maria Solano, Executive Director for the NLBWA-IE

Before conquering the nonprofit world and becoming the Executive Director for the National Latina Business Women Association Inland Empire Institute (NLWB-IE), Maria Solano, had an amazing career in the banking industry. She started as a teller in Pasadena and El Monte, California and worked her way up to become a personal banker, business banker, and branch manager. She was responsible for managing 30 employees, sales, and operations as a branch manager. Maria then had a great taste of how it feels to offer solutions to people and small business and entrepreneurs, and she thrived in her role outperforming sales projections while working on sales, which propelled her to the Top 10 in the district and the Top 25 in the entire state.

It was just a natural progression for Maria to join the nonprofit world and become part of a team at the Latin Business Association Institute (LBAI). It was a match made in heaven. The LBAI is a grassroots organization that serves as an advocate for Latino Business. Maria was a part of securing more than $283 million in contracts for the Latino Business Community and $65.45 million in client business loans for expansion or start-up businesses. She was a team member that developed member programs through education, increasing membership from 75 to over 1,600 members. 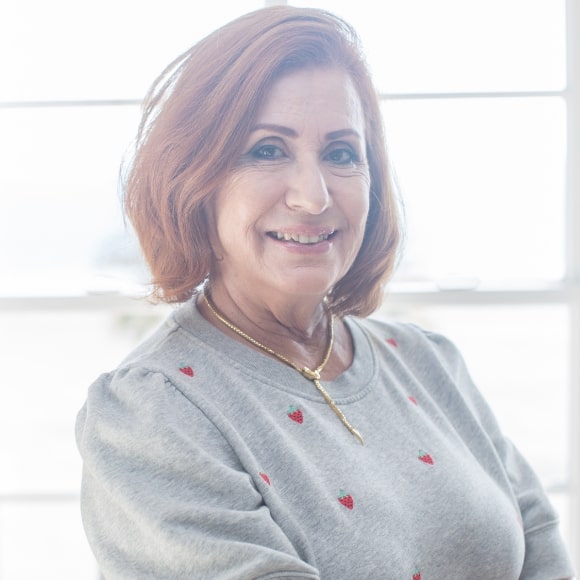 NLBWA-IE, as a nonprofit organization passionately dedicated to helping Latina micro-business entrepreneurs become successful in the field of their choice. NLBWA-IE serves a large community of immigrants. In the Inland Empire alone there are 2 million people and more than 50% of them are Latin. On average a latin family has 2 children per family. Many of them immigrated to the US to have an opportunity to grow. Yet, when they first arrive, they needed to find a way to feed their families. For many of them starting a business is the only option, and that’s where NLBWA-IE comes in. Their mission is to empower Latinas to achieve their professional and business goals through education and collaboration, and networking. NLBWA-IE provides a platform for entrepreneurs to learn, connect, and empower one another and technical assistance, and mentoring services to Latina business owners and professionals. Their vision is to meet the needs of the Inland Empire's growing ranks of Latina Entrepreneurs, Executives, Professionals, and Youth, as well as to create unity in diversity and prosperity. Particularly in the Hispanic community that lacks resources because they are financially underserved. However, they are unaware that there are resources available to them. 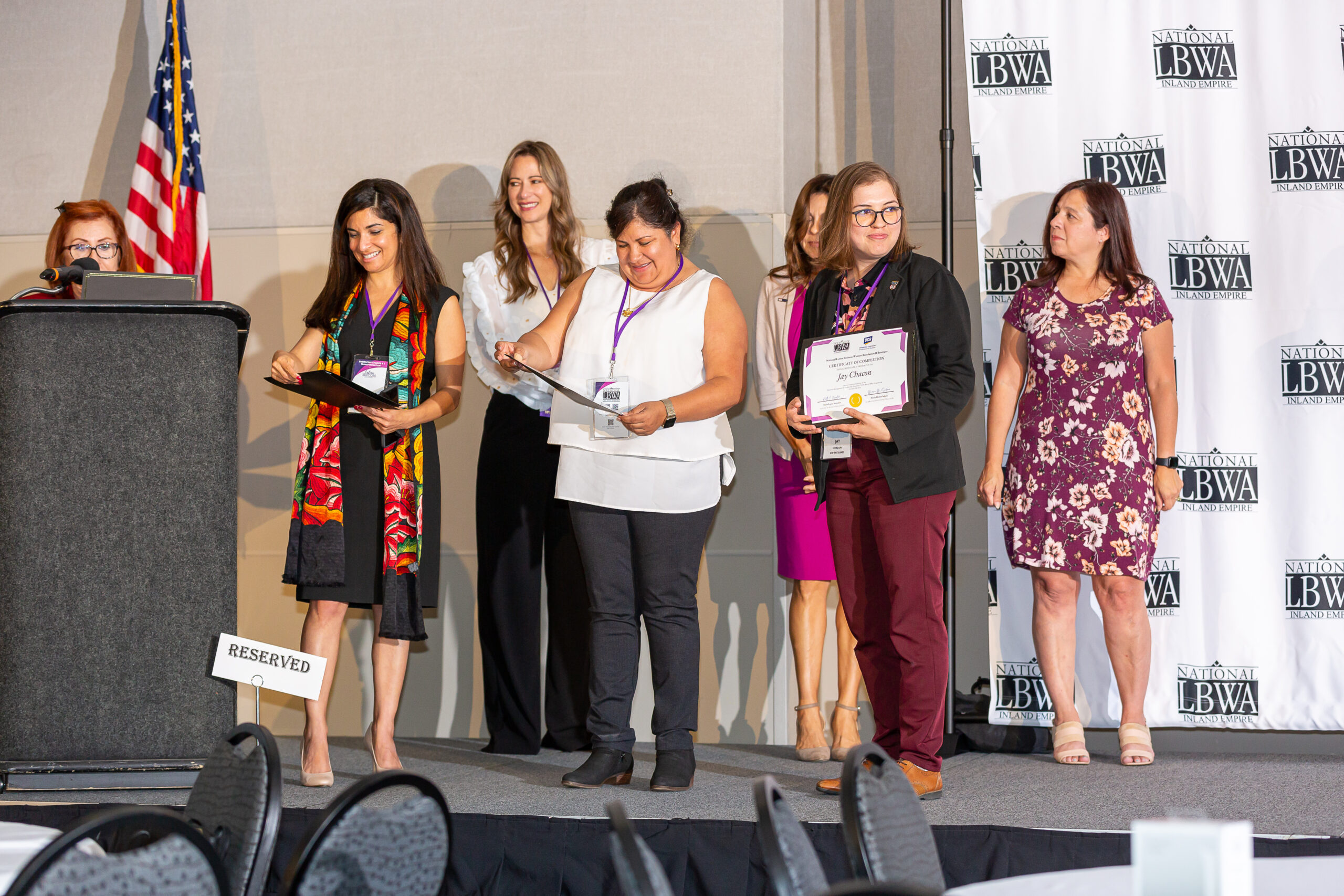 In her interview with SmartMatchApp Maria Solano shared some touching stories about her experiences with the latina entrepreneurs over the years.

One lady came in 2019 without any English knowledge with her daughter. She now owns a business, running it from a commercial kitchen, netting 20,000 dollars in contracting. A latina-owned staffing company joined NLBWA-IE in 2018, and got certified in 2019. Their sales were under a half a million dollars. Today they have 24 million dollars in sales. An insurance broker, after joining NLBWA-IE, is now representing the West Coast. She has brought in over 200 brokers, creating 200 positions on the West Coast, in California. This a particularly touching story about a mom of three children, who showed up at the NLBWA-IE conference with her baby. She literally had to breastfeed her baby at the conference, in the breaks between the classes, and she got successfully certified in the end. Most Latina female entrepreneurs from the micro-business group are mothers with small children that they also need to attend to while running their small owned-business.

An interesting fact is that women are more likely than men to be part of ever-growing micro-businesses. According to Inc magazine, female entrepreneurs with larger and more diverse networks are more likely to expand their businesses.

‘We owe it to women in the workforce to mentor and assist them — to help with professional growth, to boost confidence, and to help them through obstacles as they advance in their careers.’ - Maryann Bruce, a Former Fortune 100 Division President & CEO, in an article published in Forbes 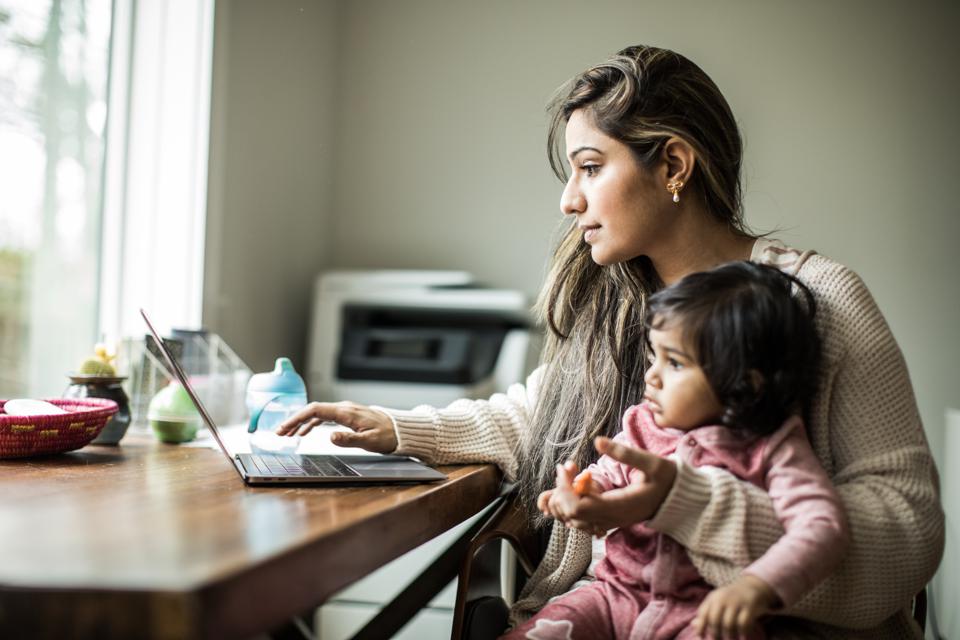 For the first 5 years, NLBWA-IE matched people on paper - as in literally! They had a list of known vendors and buyers and were successfully matching them. However, because everything was done manually, it took a long time for matchmaking to be completed. NLBWA-IE managed to typically match 20 vendors to 4 buyers at their annual conference.

This is where matchmaking technology comes in handy, and makes a huge difference. With NLBWA-IE identifying the pioneering matchmaking CRM, SmartMatchApp, it was a game changer. Last year, after implementing the business matchmaking platform, NLBWA-IE managed to book a record 45 appointments, between 8 buyers and 30 vendors. This year, a smashing success, doubled the number of appointments to 100 appointments, for 50 vendors. At the Latina BizCon 2022, they were able to identify matches and see the schedule, find the gaps, plug them in and book appointments efficiently, all because of the business matchmaking technology. Even the 20 unregistered 'walk-ins’ were easily matched, producing another 30 highly precise appointments. That’s a whole new level of business networking and matchmaking!

NLBWA-IE has even more ambitious goals for the Latina BizCon 2023. They want to double the number of participants to 250, and double the number of appointments to 200. And the other very unique opportunity they identified is the continuous business matchmaking model. SmartMatchApp, the business matchmaking software, enables NLBWA-IE to continuously match, as new buyers and vendors constantly join the membership database. This produces additional, never seen before, results and business deals, bringing Latina entrepreneurs to corporate buyers as well as the state and federal buyers, that they can contract! 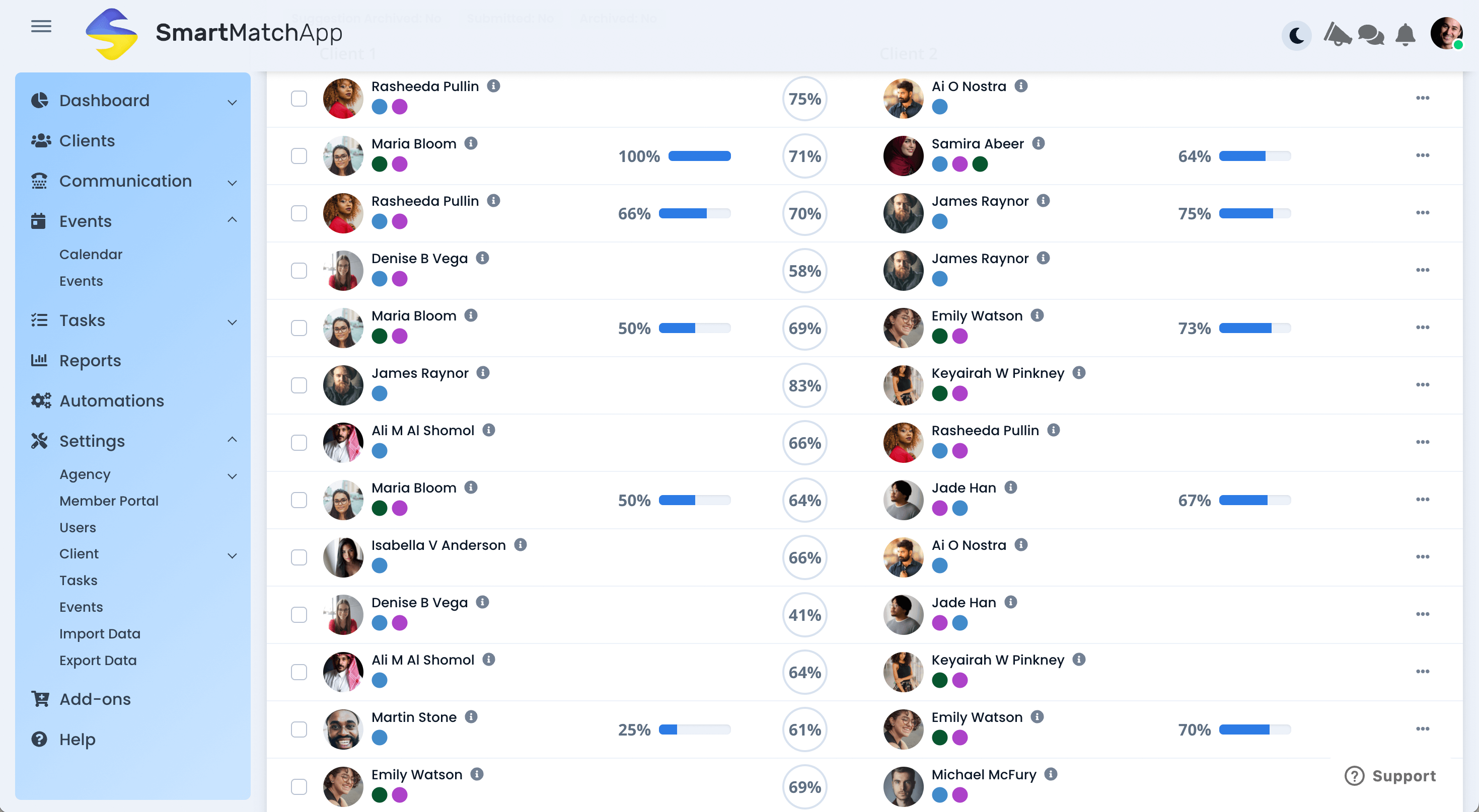 CEO of SmartMatchApp, Tim Mourtazov, was truly impressed in the interview, how NLBWA-IE is solving one of the most challenging tasks to empower women business owners, who are juggling between families, jobs and personal lives. And giving the ambitious, hard working business women a chance to grow! 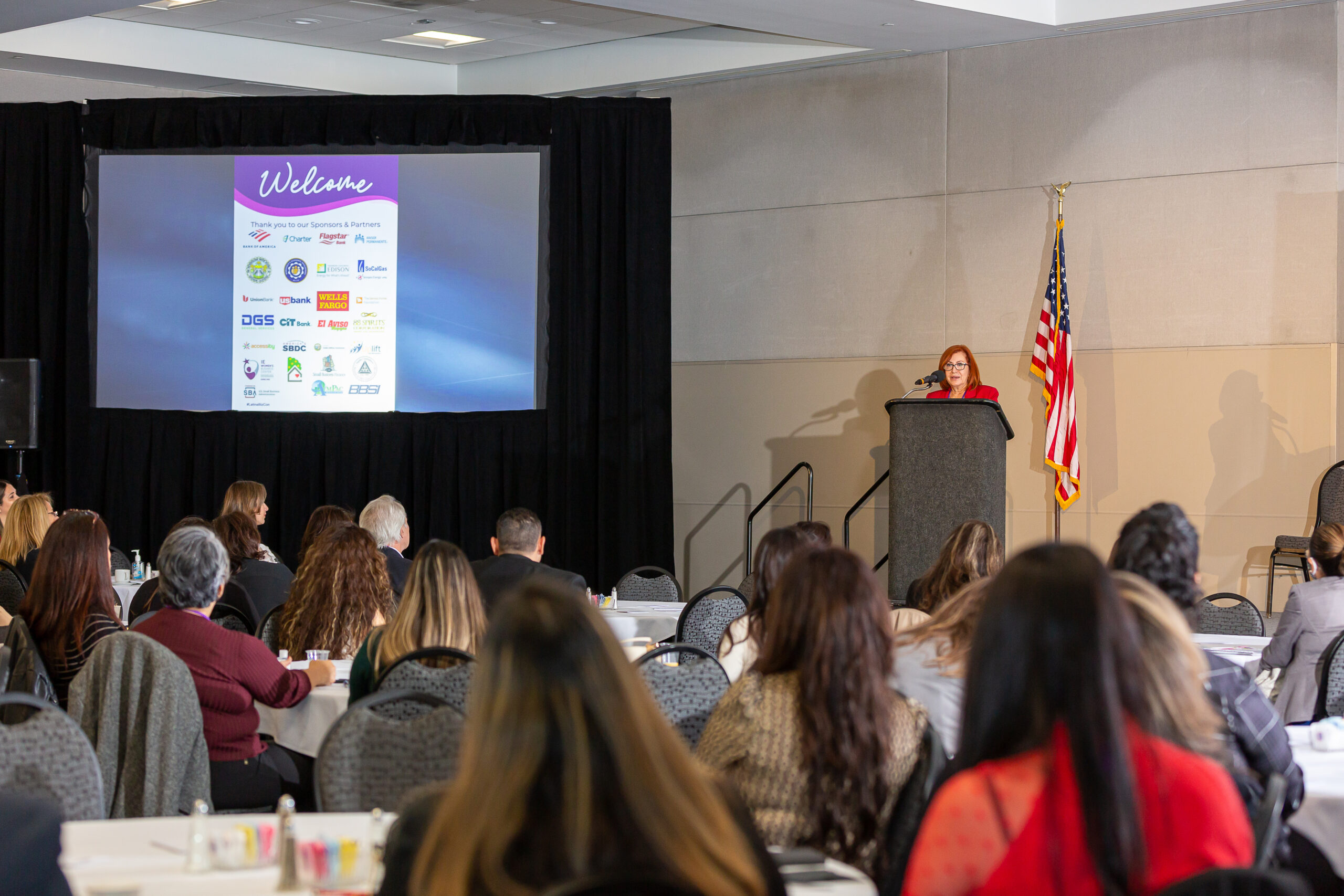 As a conclusion, we would like to just remind all the ambitious, hard working entrepreneurs around the world, right now we are in a privileged situation, never seen before. Technology nowadays allows us to fulfill our visions that were not possible five years ago. Of course with great vision, commitment and discipline, those classic things haven't gone anywhere. But with technology applied with the right time all of us can go to another level!

Enter your email below

We and selected third parties use cookies or similar technologies for technical purposes and, with your consent, for other purposes. Denying consent may make related features unavailable. You can consent to the use of such technologies by using the “Accept” button. By closing this notice, you continue without accepting.