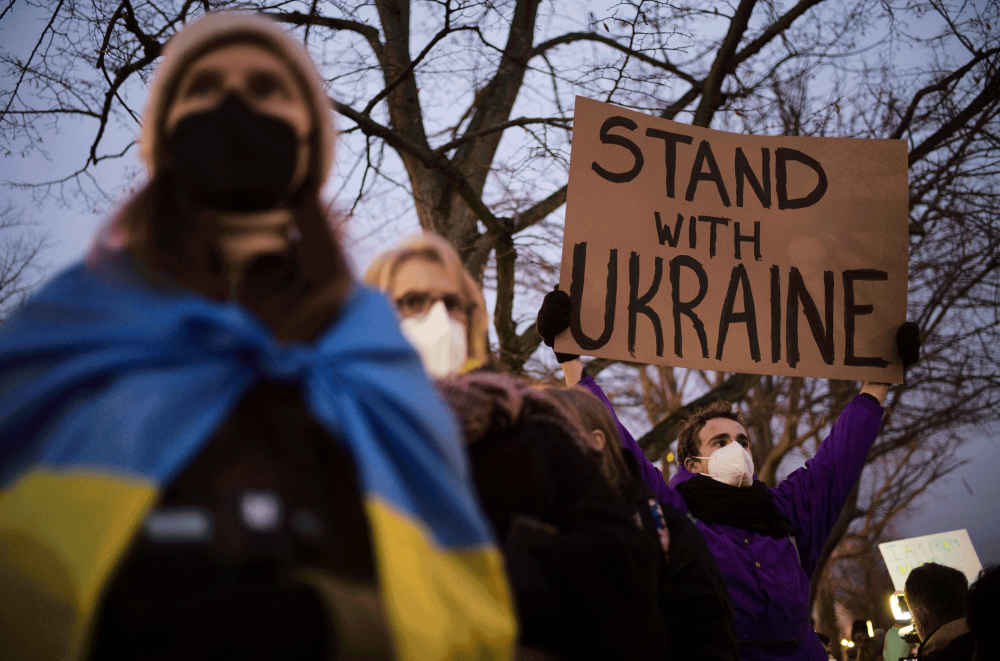 In the wee peaceful hours of February 24, 2022, while most people were asleep or were just getting ready for the day, the Russian Federation launched a full-fledged war on Ukraine. Due to the current unrest in Ukraine, more than half a million people have been forced to evacuate their homes in search of safety. The situation is especially dire for Ukrainians who have been left behind. Time is of the essence, and we must move quickly in order to save as many lives as possible.

Nearly half of our workforce at SmartMatchApp are Ukrainian. Some of them were able to flee, while twelve of our dear SmartMatchApp team members remain in Ukraine, attempting to withstand the onslaught and suffering in a living hell every second of the day.  In these difficult times, we are genuinely moved by the reaction of the world and deeply touched by how our amazing customer community is supporting us. 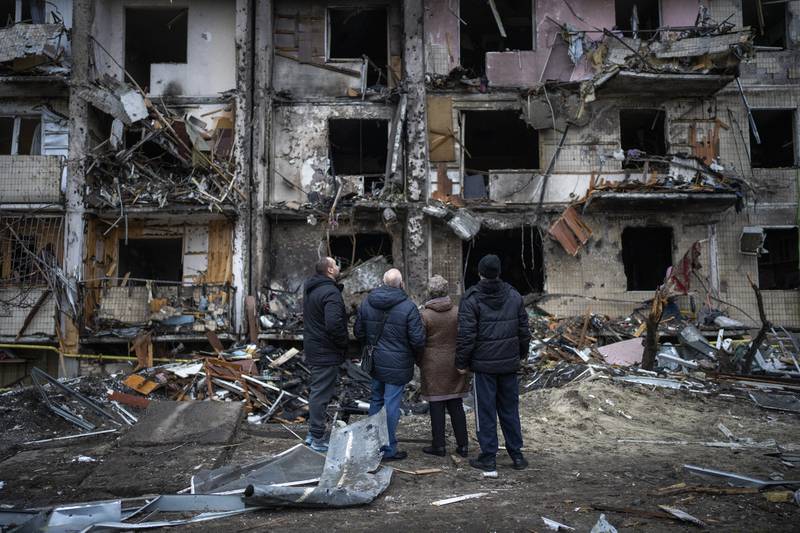 Regardless of how many bombs Putin throws at them, Ukrainians never give up easily. Our SmartMatchApp staff members are getting involved in humanitarian causes, volunteering to help refugees, helping their city, their families, their country to fight the Russian invasion. These are people fighting for their nation, against invaders, for their rights, for their families, for their loved ones, and their own lives, with whatever strength and resources they have available.

As of this writing, all twelve members of our SmartMatchApp family are still attempting to evacuate their families, on foot or by driving at night with their lights off, taking nothing but themselves and their loved ones with them, placing their lives in grave danger and facing the unknown. They haven't slept in days as they try to avoid any attacks while attempting to cross the border securely. 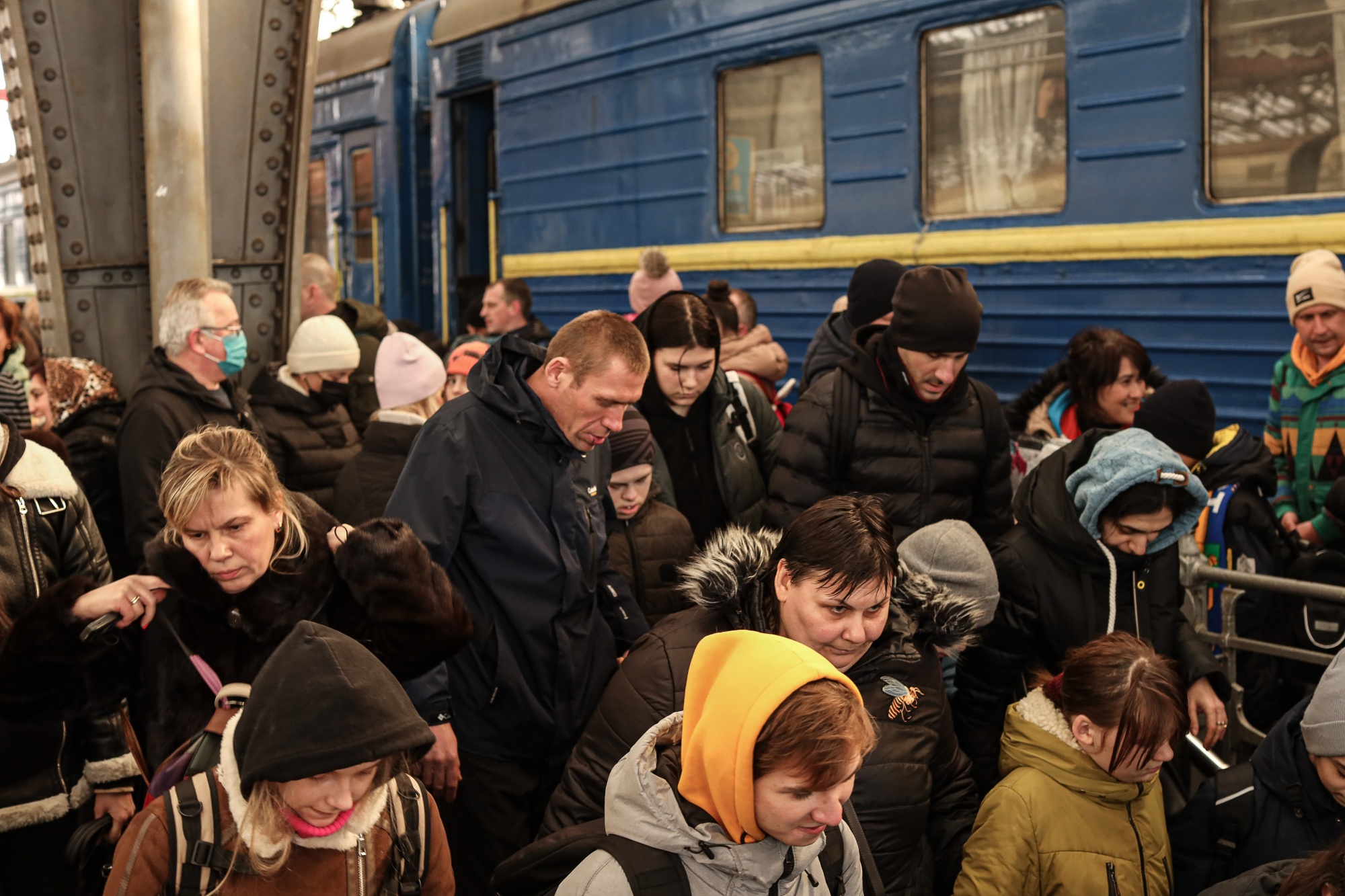 Despite the tragic situation in Ukraine, where the majority of our loving team is from, the remaining SmartMatchApp folks throughout the world are holding down the fort and ensuring that all of our client's needs are addressed. In addition, they are offering all of the support to the rest of the Ukrainian SmartMatchApp team members during these difficult times. Many of our clients have also expressed their sorrow, support, and prayers for the remaining members of the SmartMatchApp team.

Maria Avgitidis, one of Agape Match's most well-known clientele, has been there from the beginning of the Russian invasion. It was extremely thoughtful of her to reach out to the team and give support and aid to those of our team members who have been disproportionately affected by the current conflict. She also contributed to a podcast that can be shared throughout the world to help speak of the trauma that our Ukrainian crew experienced.

Our entire team has also felt the warm embrace, love, prayers, and support of our SmartMatchApp clients, who have been exceedingly patient and understanding of our team's situation. Our Ukrainian team members have also received funds from the Matchmakers Alliance. Our team would not have been able to withstand this horror that Putin has thrown at Ukraine if it hadn't been for your unwavering support. It extends beyond the efforts of SmartMatchApp's Ukrainian staff. This is a significantly larger company than any other in Ukraine. It ultimately boils down to humanity and global peace. We owe a debt of gratitude to our entire customer community!
Since the majority of Ukrainians are now left with nothing – their homes have been bombed, all of their hard-earned properties have been turned into dust, some have lost loved ones, and the majority are still fearful of losing them at any moment – SmartMatchApp is also doing a humanitarian cause. We are also taking donations for all individuals who have been affected by Putin's conflict. Please use the link below to make any donations or financial contributions. Any amount is significant and will help a lot: https://www.paypal.me/smartmatchapp. 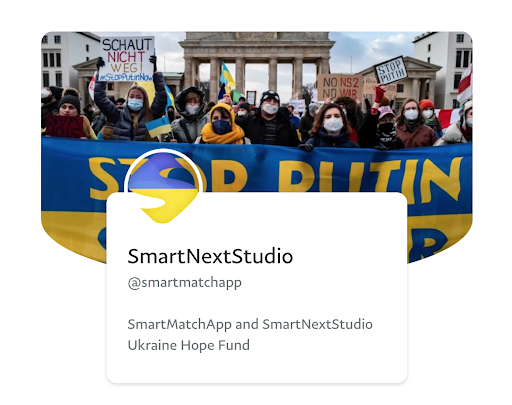 Enter your email below

We and selected third parties use cookies or similar technologies for technical purposes and, with your consent, for other purposes. Denying consent may make related features unavailable. You can consent to the use of such technologies by using the “Accept” button. By closing this notice, you continue without accepting.